What do these 12 years mean? This is the period during which long-term care is required. Will you be in a wheelchair? Or bedridden? In any case, these years will be very different from those of your youth when you could go shopping whenever you liked, or easily have lunch with your friends.

I qualified as a caregiver when I was 52 years old. What exactly does it mean to be aging and to be cared for? And what do the caregivers feel and what do their families think? I wanted to fully understand what it all meant. At the same time, I felt that aging was one of the paths I would someday take and that it was important to think about Japan’s aging society. 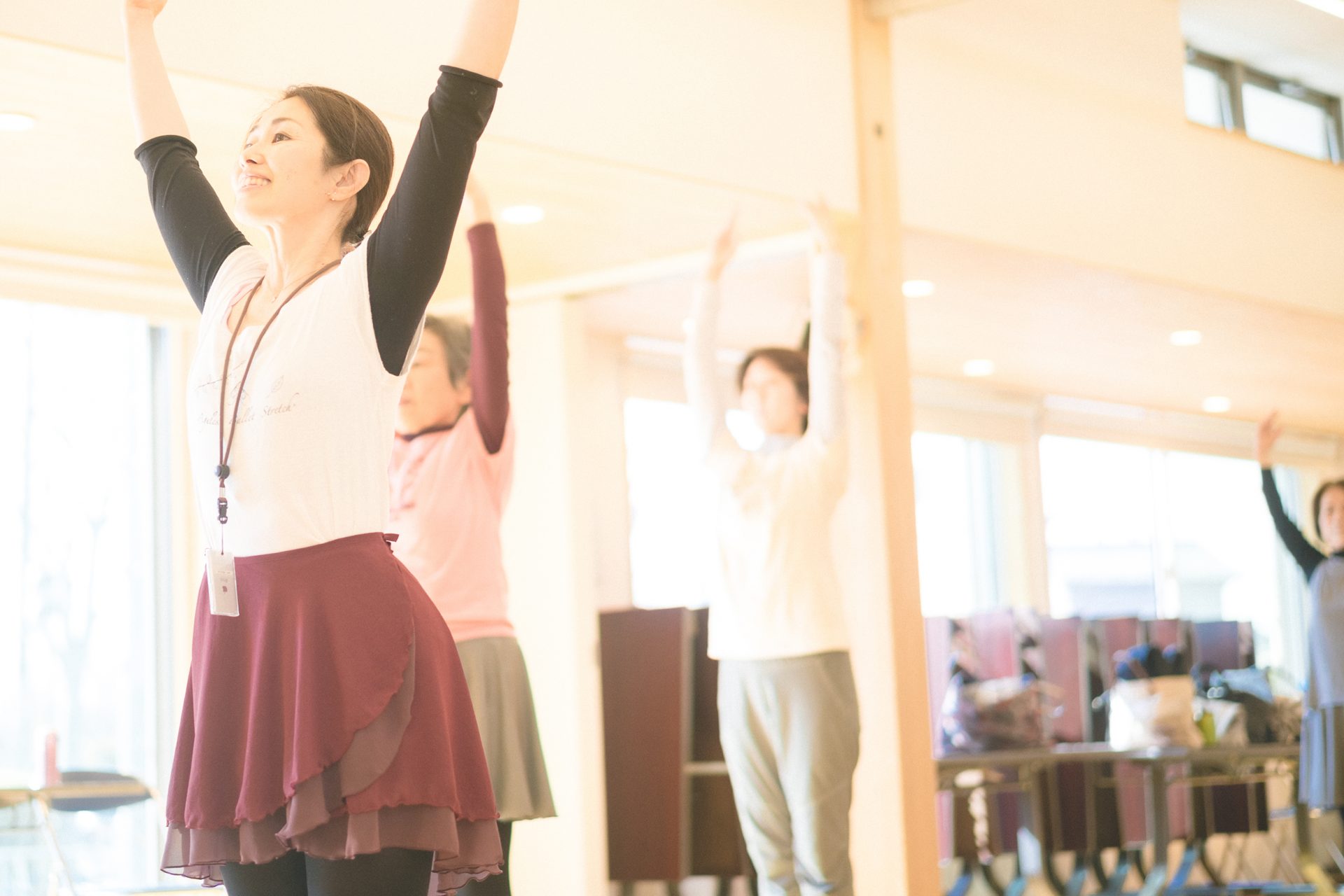 So, I went to the local retirement home for practical training, but what I saw there was incredibly shocking.

The services there were scheduled like a school program, probably due to Japanese culture, or due to lack of staff, and in the morning all the staff are put on toilet assistance all at once. Most rooms have a toilet, and those who can go on their own will do it by themselves, and those that need support will get help to finish, but for those who need nursing care at level 4 or 5 (“Support” levels 1 & 2 needing the least amount of help, “Nursing” 1-5 needing successively more help), the staff changed their diapers. However, although many of the residents were female, many of the staff that assisted them were male. First, I recoiled. A woman is a woman, no matter how old she is.

Of course, the staff were very nice people. They would cheerfully call out in the morning and respond with a smile. However, the conflict in my heart persisted.

Around noon, we were asked to move the patients to the cafeteria all at once. I would try to feed the patients by hand, bringing a spoon to their mouths, saying, “It’s an egg,” but they would not open their mouths no matter how many times I tried. At a loss, I asked the other staff, and he put it into his mouth. He said, “If you do this, he’ll eat it.” In that moment, I thought, “What!?” but the patient reflexively opened his mouth and ate. I could not help but think, “Is this what it’s like, everyday?”

It seemed to me that the eyes of the people living there were dim and doll-like.

There is also a difference in the degree of long-term care, as there are degrees of progression of dementia.

After finishing the training period, I came to a conclusion. I placed a high value on maintaining dignity as a person and maintaining a body that allows you to walk on your own two feet until the last day of your life. As a human, isn’t that the happiest thing? First of all, independence is the foundation, and on top of that there is a life worth living, where you speak of your dreams no matter how old you are.

It is a program that you can start at any age and maintain your body so that you can walk on your own two feet until your last day. 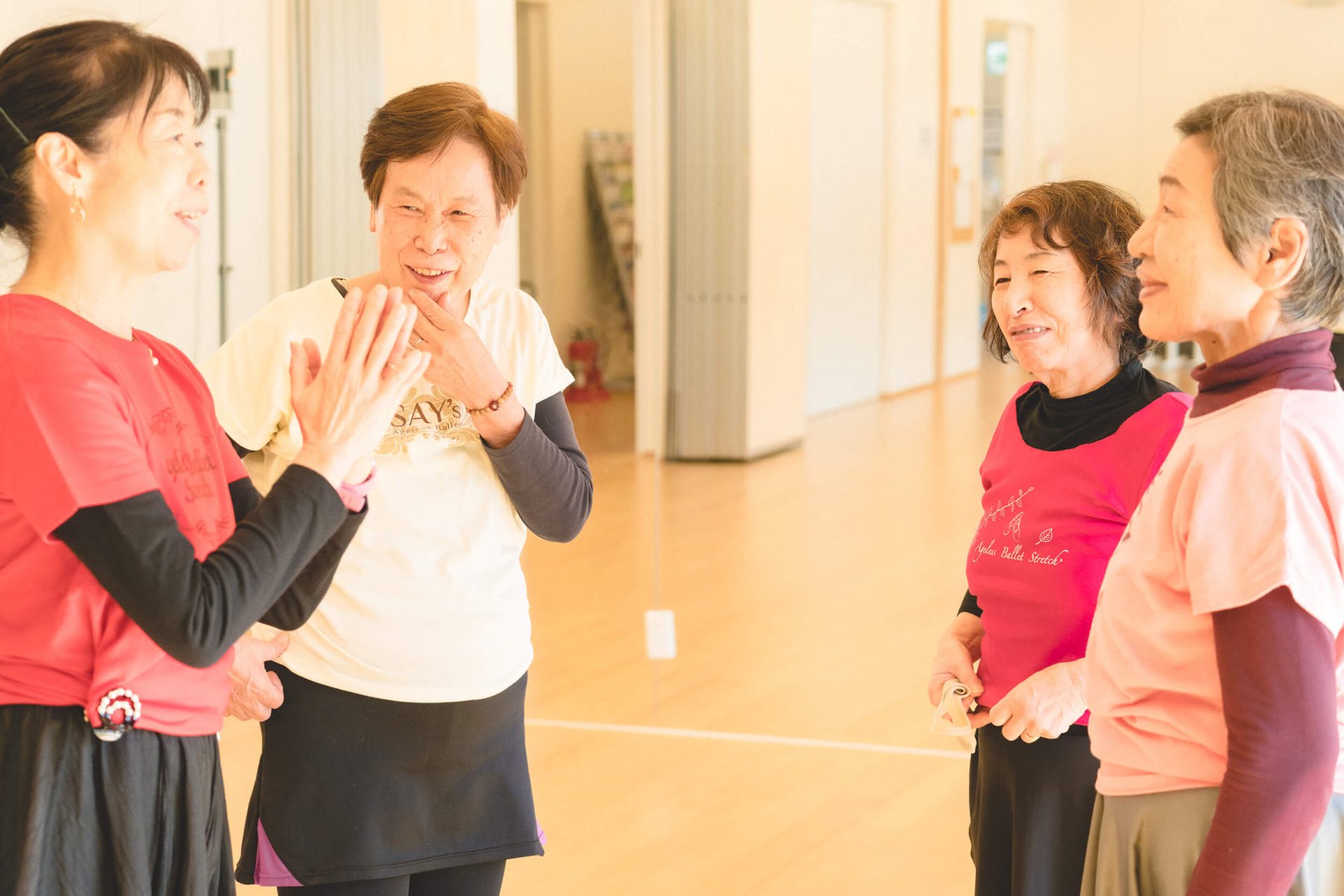 Taking advantage of this experience, Ageless Ballet Stretch was devised so that even people who have never done ballet, and people of all ages can begin. In developing my program, Dr. Munakata oversaw the lesson content to improve its overall effect.

Please join us and experience changes in your body that will help you live your life independently, on your own feet to the end. 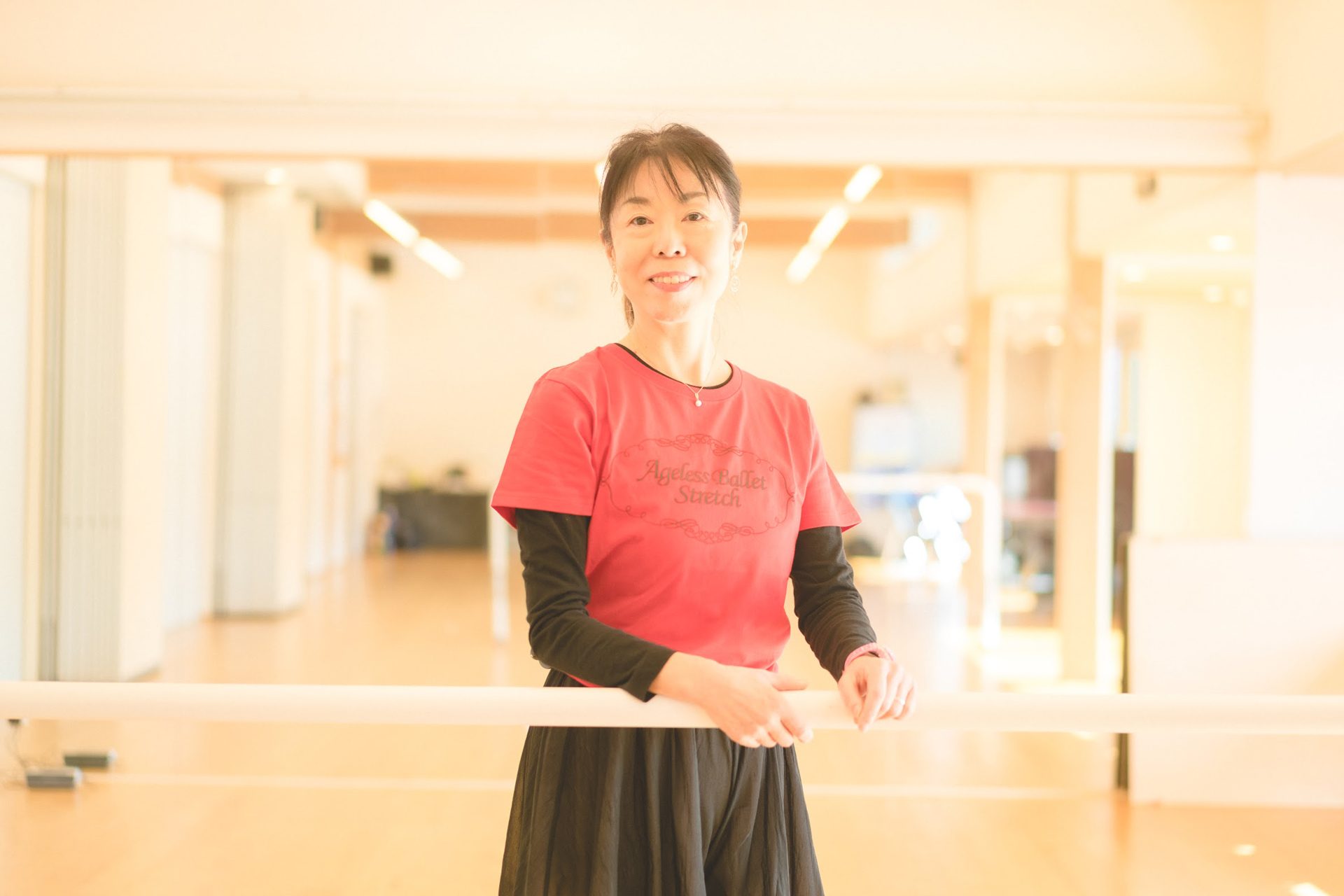